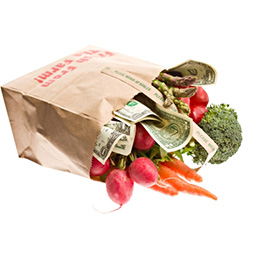 Since the 1990’s consumer demand has grown by the double-digits every year. Organic sales increased from $3.6 billion in ’97 to over $39 billion in 2014. However, production is not keeping up with demand. Supply shortages are one of the greatest challenges facing the industry today. Despite continued growth in production, handlers are not able to keep up with demand. Organic food sales currently make up 4% of total food sales, while acreage devoted to organic agriculture is less than 1% of total U.S. cropland.

This brings us to the next question at hand… Why is Organic Food more expensive than conventional food? Well here they are in a nutshell: