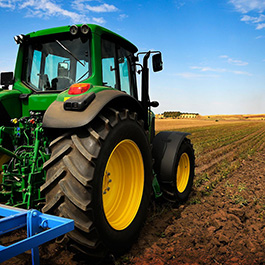 Now that we have a basic understanding of organic labeling & guidelines, let’s tackle some of the other misconceptions regarding organic foods; but let’s first give a brief history of organic farming. Many believe that the current rise in organic farming and products; over the past 15 years, stemmed from the necessity of people wanting healthier and more nutritious food options (which I’ll address later on). However, the real growth came from an environmental standpoint…

Prior to World War II, all crops were organic. Following World War II, however, several developments changed this picture. The U.S. experienced a vast increase in throw-away packaging: cans, bottles, plastics, and paper products–and the introduction into the marketplace of thousands of new synthetic pesticides and chemicals, used to minimize weed, insects, and rodent damage. As a result of this deluge of waste land toxic materials, the Earth’s automatic, self-cleansing life support systems became increasingly threatened. By the 1960s it was obvious that decisive steps had to be taken to correct this imbalance and to prevent future reoccurrences. It was in this atmosphere that the U.S. Environmental Protection Agency (EPA) was created in 1970. As global concerns with pollution and the environment increased, the EPA turned their focus towards organic farming. In 1972, the International Federation of Organic Agriculture Movements (IFOAM) was founded in Versailles, France. It would be another 30 years (2002), before the United States of America adopted the National Organic Program, providing a developmental framework for organic agriculture.

Here are 5 beneficial facts of Organic Farming on the environment:

Organic agriculture protects both humans and the environment from these unknown risks by using sustainable methods such as crop rotation, natural soil enrichment, and pest predators. These methods protect native biodiversity and promote soil stability and fertility without the leaching of essential nutrients that occurs in conventional systems.

According to the Organic Trade Association (OTA), it also decreases pesticides that can end up in your drinking glass; in some cities, pesticides in tap water have been measured at unsafe levels for weeks at a time, according to an analysis performed by the Environmental Working Group (EWG). Plus, organic farming uses 50 percent less energy than conventional farming methods in one 15-year study.

Is Organic Safer and Healthier?