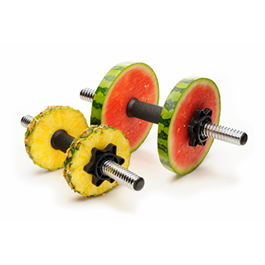 Is Organic Food More Nutritious? If you really want to stay healthy, you buy organic foods, right? But does an organic label—like the kind found on many fruits, vegetables, meats, milk, and processed foods—mean that the food is actually more nutritious? The answer, probably NOT. The truth, according to numerous research studies done, is that the nutritional value of organic vs. conventional foods is negligible at best.

Here’s just some of what I found on this topic, by highly regarded Medical & Scientific researchers.

The American College of Physicians reviewed over 200 studies and determined that organic foods do not have higher vitamin or mineral content than the same foods grown using conventional methods. Similarly a study released in the Annals of Internal Medicine tried to get to the core of this food-fueled debate. While the study finds that organics do have some safety advantages over conventional foods, nutritionally speaking they have little extra to offer.

In addition, a new study done at Stanford University by Dena Bravata, M.D., M.S. said; “There isn’t much difference between organic and conventional foods if you’re an adult and making a decision based solely on your health.” New York University professor Marion Nestle, Ph.D, M.P.H., says organics have always been about the environment. “Organics is about production methods free of certain chemical pesticides, herbicides, irradiation, GMOs, and sewage sludge,” she said. “The only reason for organics to be about nutrition is marketing.”

Now, there are countless other studies that have been done on this same subject, and all tend to support the same conclusion. I’m sure you’ll find others that will state the contrary, but the data doesn’t lie. A few studies have reported that organic produce has higher levels of vitamin C, certain minerals, and antioxidants; thought to protect the body against aging, cardiovascular disease, and cancer. But the differences are so small that they probably have no impact on overall nutrition. There is one nutritional certainty, though. If you want to get the most from your foods; be it organic or conventional, eat it while it’s fresh. “Nutrients like vitamin C do oxidize over time. So even though the nutrients might be slightly higher in some organic foods to begin with, if it’s sitting in your refrigerator or not consumed right away, you could lose that benefit and be wasting your money,” says Kathleen Zelman, MPH, RD/LD, Director of Nutrition for WebMD. Because organic fruits and vegetables aren’t treated with waxes or preservatives, they may spoil faster. Also, some organic produce may look less than perfect – odd shapes, varying colors or smaller sizes. However, organic foods must meet the same quality and safety standards as those of conventional foods. Is Organic Food Tastier? Obviously, whether organic foods taste better is a matter of, well, taste. Many people swear by the difference in organic eggs, dairy, meats, and some produce. However, when strictly organic eaters were tested with blindfolds, those same people weren’t able to tell the difference between organic and conventional. Suffice it to say, there’s incredibly little data on this topic, so I’ll have to leave it up to you and your palate to decide for yourself.